It is a high intensity focused ultrasound technology. It underlies a fundamentally new non-invasive treatment of Parkinson's disease and illness Essential tremor.

HIFU- point microablation by a narrowly directed beam of ultrasonic waves of a zone localized using magnetic resonance.
localized zone - this is a few millimeters of the thalamic or subthalamic part of the brain.
Immediate and visible clinical improvement in tremor as the cells of this neutral zone are heated.
Effect and improvement lasts more than five years 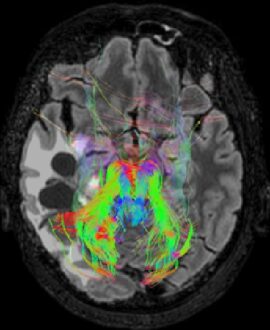 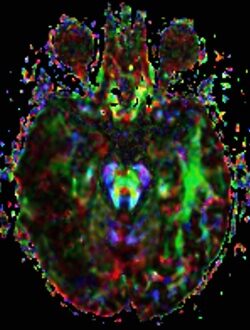 What is special about HIFU treatment?

The presented technology should be considered revolutionary and unique. It is designed specifically for treatment of patients with essential (familial) tremor. In practice, it was possible to prove its effective effect on one of the most common and still incurable human movement disorders - Parkinson's disease.

High Intensity Focused Ultrasound is a fundamentally new approach to the treatment of diseases without need open surgery and performing operations on the brain and its departments.
This tremor treatment technology has been approved by the US Food and Drug Administration (FDA).FDA – Food and Drug Administration). To date, the use of ultrasound in the treatment of Parkinson's disease is at the stage of mass clinical application. In 2018, her test report was completed. In 2021, only in Valencia, this technique will be applied to both hemispheres of the brain.

VALINTERMED provides a full course of treatment in Valencia for people diagnosed with Parkinson's disease, provides all the necessary information about the preliminary preparation of patients, the procedure.

How does HIFU work?

With the help of 3T magnetic resonance technology and neuronavigation, a localized area is calculated, which will be treated with a concentrated and narrowly directed beam of ultrasonic waves. The localized zone in this case is a few millimeters subthalamic nucleus department of the brain. As the cells of this zone are heated, there is an instantaneous and demonstrable clinical improvement in tremor. The final stage is the local ablation of the thalamic zone responsible for movement disorders and the complete restoration of the patient's motor functions.

For the HIFU procedure, special equipment and hardware is used. It is represented by a stereotaxic head frame (helmet) that is connected to an MRI-compatible ultrasound transducer (1024 ultrasound sources that are directed to a specific neural area). After stereotaxic navigation using MRI, the ultrasound energy is sequentially calibrated to temperatures sufficient for tissue ablation (approximately 55 to 60°C). Each short-term ultrasound treatment is monitored by magnetic resonance thermometry, a direct clinical assessment of tremor reduction and side effects is carried out.

Before the procedure, the patient is shaved bald, because the space between the helmet and the head will be occupied by water. The standard size of the neural zone required for work is 2 by 2 mm. This eliminates the possibility of damage to other parts of the brain. Ablation lasts only 7 seconds. The task is to exclude the work of a certain number of neurons forever, while not destroying neighboring neural circuits.

The whole process takes 2 hours. First comes the brain scan, then image calibration and simulation. After that, the temperature titration process is carried out with a gradual increase until a clinical effect appears. All this time, a neurologist is nearby, who constantly monitors and evaluates clinical results, and the patient himself is conscious, anesthesia is not used. (Patient on video without medication)

In 2020 ultrasonic treatment is applied on both hemispheres of the brain (*). Heating of neurons and further local ablation with a concentrated beam of waves of a specific neuronal nucleus suggests the absence of side effects. If the Gamma Knife technology involves the use of 120 Gy radiation, and subsequently the swelling of neural tissues, then HIFU eliminates this side effect. Here is an image for comparison:

What are the results?

The disappearance of tremor is observed immediately after therapy. The patient is under observation for several hours. It's hard to believe, but the clinical picture is impressive. People with hand tremors, who for many years could not drink a glass of water on their own, can write and draw the very next day.

How much does Parkinson's disease treatment cost?

The cost of a course of treatment 20 000 Euro. The entire course consists of three stages:

Side effects of HIFU?

As the experience of using Haifu technology shows, a person who has undergone a procedure with its use has no side effects. Taste bud sensitivity may be impaired, and finger sensitivity may be affected. Some patients emphasize a slight change in the taste of food. This situation is associated with a small local edema affecting nearby neural circuits. The situation is not critical, as it passes in just a few days.

Improvement in the clinical picture is observed within the next 2 months. After 6 months, the final result will be. After that, it is possible to apply HIFU on the second hemisphere of the brain.

At first glance, everything is complicated. At the same time, many people suffering from a serious illness have been able to return to normal life. Not everyone can use this technology. Thus, only a third of those who applied were admitted to the treatment of Parkinson's disease through the use of focused ultrasound. It should be noted that everyone who has experienced its effect on themselves notes a positive effect - recovery, the absence of previously existing negative symptoms.

To find out for sure whether this is possible in your situation or not, you need to undergo an examination. To record and answer your questions, use the feedback form or write to us by e-mail. After analyzing the request, the doctor will definitely answer you.

Parkinson's disease is a disease in which a person has a so-called parkinsonian tremor and stiffness of movements. The patient's motor function is impaired, which is associated with a temporary delay in corrective afferent signals. In this regard, the implementation of motor abilities and the preservation of the posture occurs due to the constant correction of the body position to a certain average value.
This disease has a progressive form. To reduce its development, Propranolol is used to control tremor, but patients are more familiar with Pramipexole and Rivastigmine. There are side effects from these drugs, they are well known.

Why is HIFU better than deep brain stimulation?

- No surgical interventions, incisions, stitches
– No risk of infection after the procedure
- No general anesthesia required
- Patient does not require hospitalization
– The cost is 2 times less than the implantation of a neurostimulator
- No need for scheduled neurostimulator battery replacement after 5 years

What are the results in patients who have undergone ultrasound ablation?

– No more stiffness of the body – this is the most important thing that our patients and neurologists note
– Significantly improves the clinical picture of limb tremor
– Patients can do without Pramipexole, Rivastigmine and Propranolol
- People become independent of stimulants and the risk of their breakdown
– This procedure is applied only once and on one hemisphere of the brain

“The latest technology is based on ultrasonic waves to improve the quality of life of patients with neurological diseases.
— The complete technological process lasts only 3 hours.
- No need for hospitalization, no need for rehabilitation. The patient returns to his former life within 24 hours.
- The possibility of recurrence is excluded.
— It is possible to apply this technology to the other hemisphere of the brain.
- The cost of treatment in Spain 20,000 euros.

THERE ARE MANY VARIATIONS OF PASSAGES

Features of the use of ultrasonic HIFU technologies

Safe for the patient. There are no side effects. Fast and reliable

Instant effect, stiffness and tremor of the lower and upper extremities disappear

We use cookies to improve your experience on our website. By browsing this site, you agree to the use of cookies and accept the terms of use of the site. This site uses COOKIES and other technologies to help you navigate, provide you with a better user experience and analyze the use of our services.
More info Accept